Art is a form of communication. When words fail to express the true meaning of the object of disclosure, an artist can use his canvas as a means to communicate his intimate thoughts through the medium of art. This vehicle of communication has open doors for revolutions and has always elicited feelings of tranquillity, wonderment and curiosity in its perceivers. This article tries to explore five of the most renowned paintings ever created. 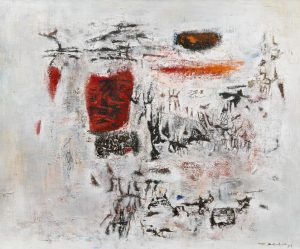 This famous oil on wood painting, portraying a woman sitting amidst picturesque landscape is indefinitely the most celebrated work of the Italian artist of the Renaissance period, Leonardo Da Vinci. This portrait of La Gioconda is one of the most valuable paintings in the world and is kept in the Louvre Museum in Paris. The picture can neither be bought nor sold. The beautiful yet mysterious features of the wife of Francesco Del Giocondo have led to the creation of many conspiracy theories.

This well-known painting, hung in the Mauritshuis museum in the Hague, is one of the 36 pictures made by the Dutch artist, Johannes Vermeer. He principally portrayed scenes of daily life, later known as “genres” painting, typically of women at the day to day tasks. Contrary to many of the Vermeer’s works, “The Girl With a Pearl Earring” is not in the middle of getting her daily chores done, but instead, she is caught looking at the viewers in a swift moment. Her puzzling expression and inexplicable identity have led many to compare this portrait to that of Mona Lisa.

This much-admired painting by the Dutch artist, Vincent Van Gogh, falls under the genre of abstract paintings. He beautifully captured on to the canvas the ever-expansive night sky which rests over a small hillside village. It was during his 12-month long visit to the at the Saint-Paul-de-Mausole asylum near Saint-Rémy-de-Provence, France, that he painted this masterpiece. Months before the creation of this enchanting painting, he had gone through a breakdown, where-in he cut part of his ear with a razor.

THE CREATION OF ADAM, MICHELANGELO, 1512

The Sistine chapel’s most ornate section depicts the painting of the creation of Adam by the revered artist Michelangelo. This picture shows God on the right and Adam on the left. God’s imminent touch on Adam gives rise to all of humankind as we know it. Being a sculptor, Michelangelo brings out the true essence and sophistication of the human body in his paintings as clearly seen in the creation of Adam.

The Last Supper is the recreation of the supper Christ shared with his apostles before Judes betrays him by ratting Christ out to the authorities. The painting has a lot of underlying symbolic references which are still being contemplated and under scholarly study.